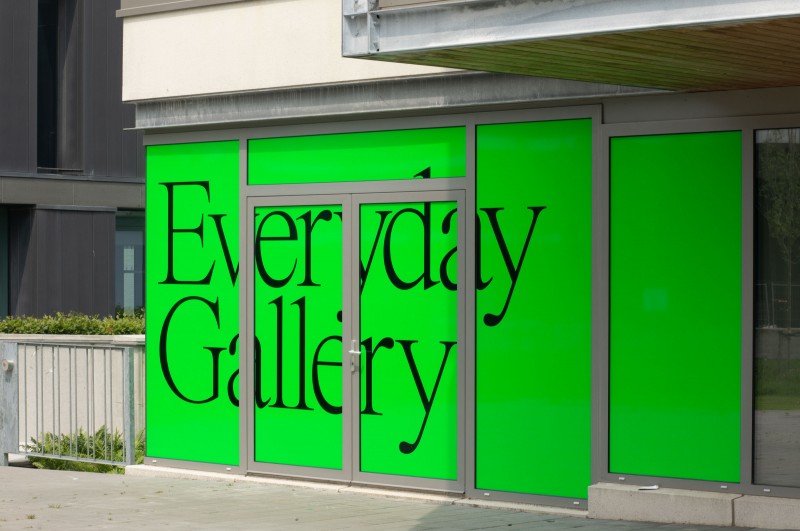 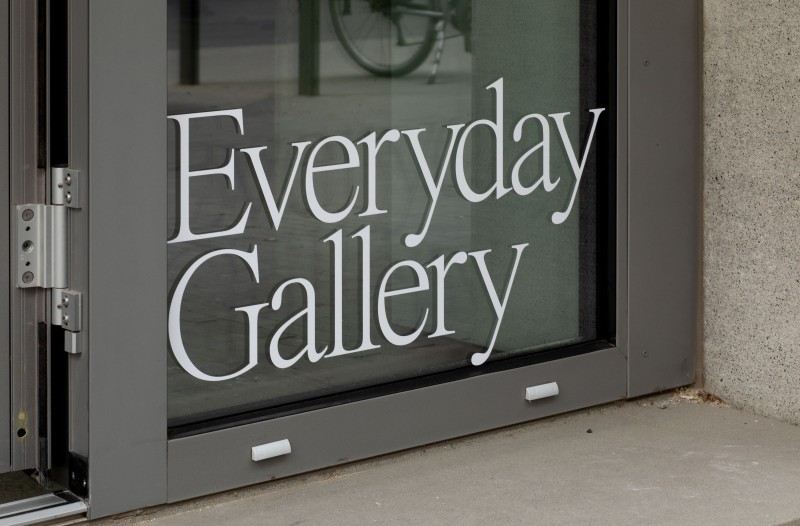 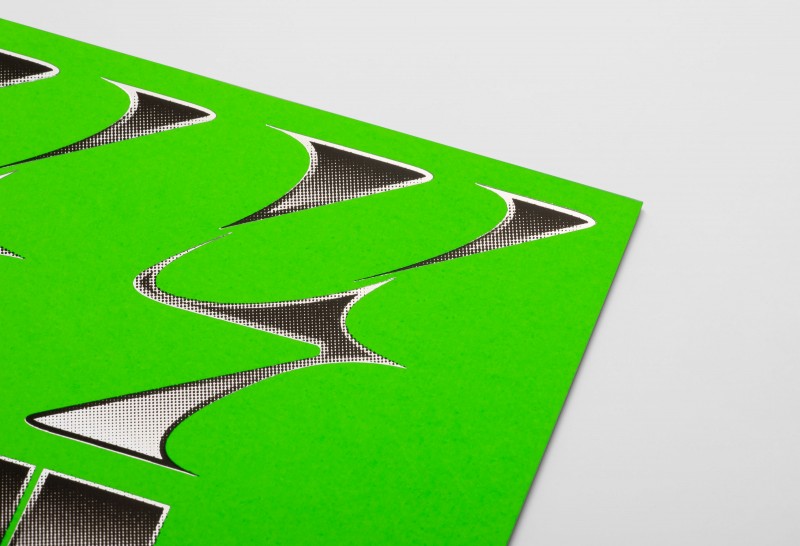 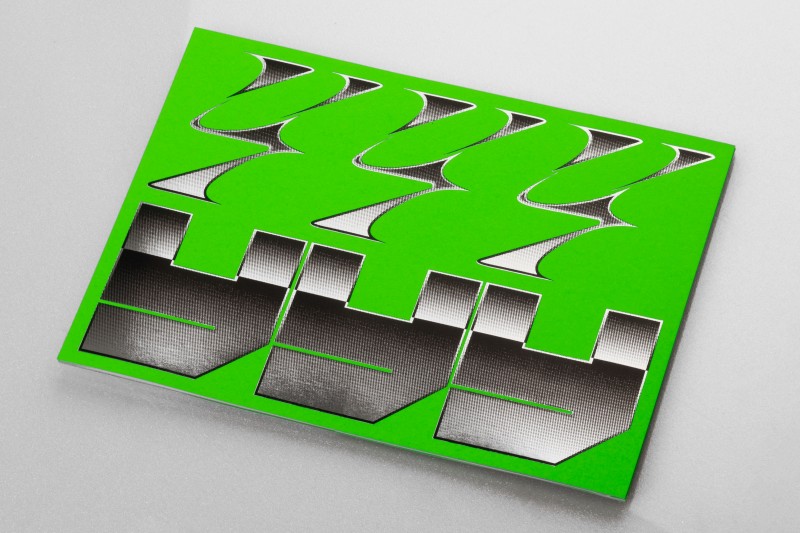 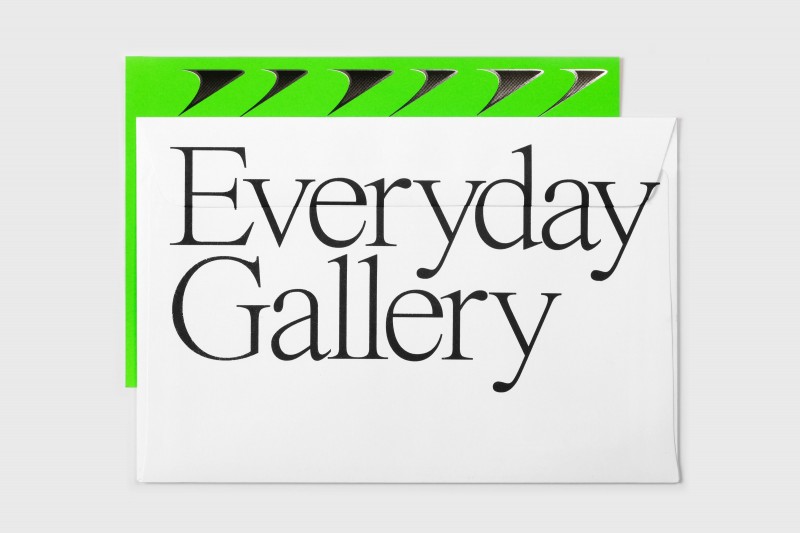 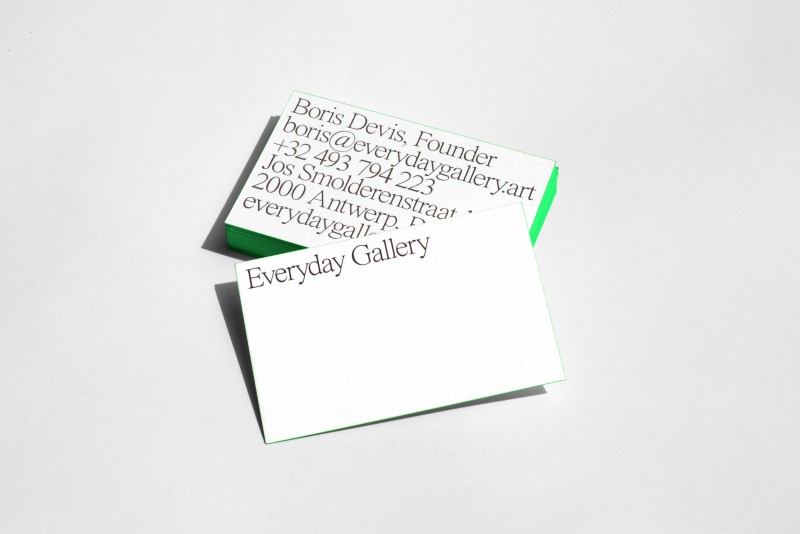 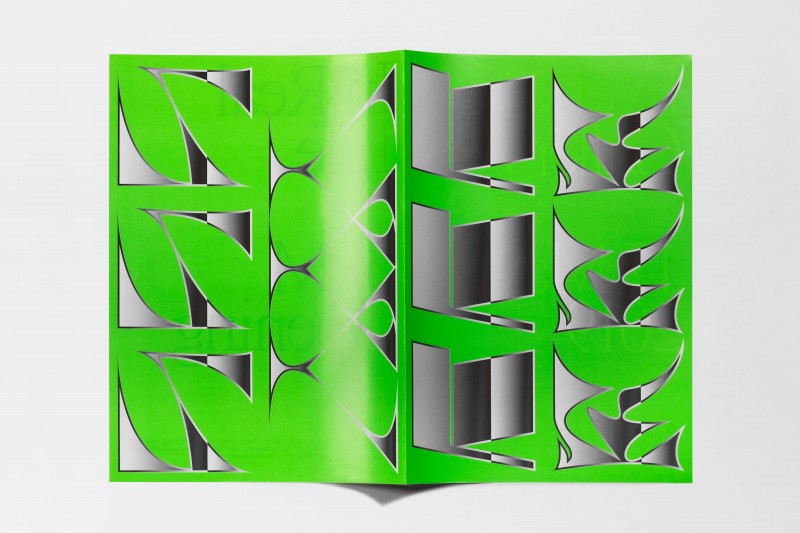 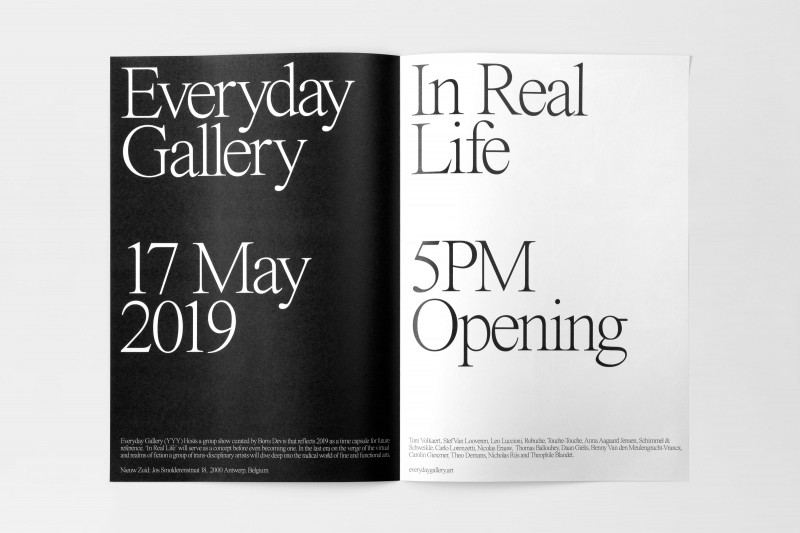 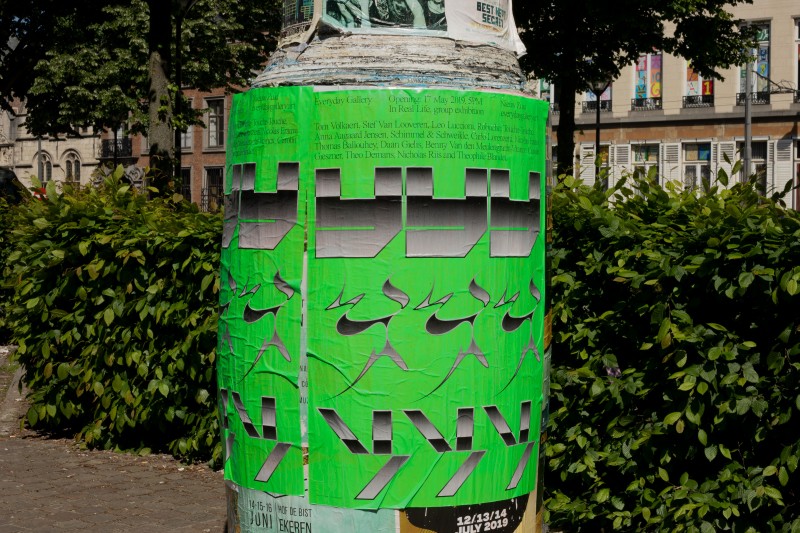 Everyday Gallery (YYY) is a space for visual and applied art in Antwerp’s New South area. It’s founder and curator Boris Devis fixates on the themes of radical freedom of thought and action. His mission: to become the most contemporary gallery in the world. The very first group show titled ‘In Real Life’ embodies this objective by reflecting on the year 2019 as a time capsule for future references. The exhibition serves as a concept even before it actually becomes a concept.
Vrints-Kolsteren further explored this idea of the present as a design reference for the future in creating the visual language for Everyday Gallery (YYY). The result represents Devis’s radical artistic vision. On the one hand a traditional typography is used and on the other futuristic letterforms, displaying a visual clash between the long established values of the art world and futuristic concepts.